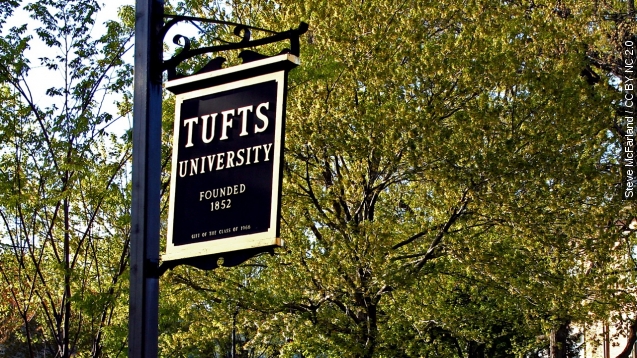 Authorities have lifted a shelter-in-place order at Tufts University after two individuals were stabbed at a university-affiliated fraternity house.

"Tufts tells WBZ, the victims are not students or faculty, but they have not said whether the suspect is affiliated with the school or not," said a WBZ reporter.

The university first issued a shelter-in-place order around 4:50 Sunday morning for a "police emergency" on the Boston-area campus.

Despite the warning though, some still ventured onto campus.

The Boston Globe spoke with one man who went on campus Sunday morning to walk his dogs. He told the outlet, "The university campus is quite safe, but I'm not shocked this happened because it’s happened before" on nearby streets.

The university says people can resume their normal activities as police continue to investigate the case. Police are interviewing witnesses for more information about the suspect.

This video includes an image from Steve McFarland / CC BY NC 2.0.