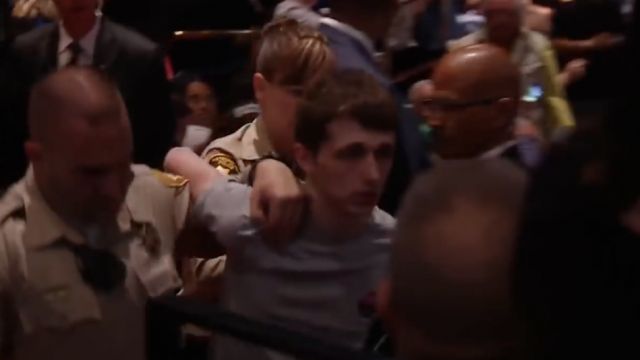 A 19-year-old arrested at a Donald Trump rally said he wanted to kill the presidential candidate.

Police say Sandford started chatting with one of their officers at the event and claimed he wanted to get Trump's autograph. But instead, Sandford tried to take the officer's gun, and officers quickly took him into custody.

Court documents say Sandford was identified by his driver's license from the U.K. Sandford told investigators he's been in the U.S. about a year and a half, living in Hoboken, New Jersey.

Sandford allegedly told investigators he practiced shooting at a nearby gun range the day before the rally.

When officials asked Sandford why he tried to take the officer's gun, he said, "To shoot and kill Trump," admitting that he expected to be killed during the attempt.

The 19-year-old was transferred into the custody of the U.S. Secret Service. He's charged with attempting to commit an act of violence on restricted grounds.

This video includes images from Getty Images and clips from KTNV.