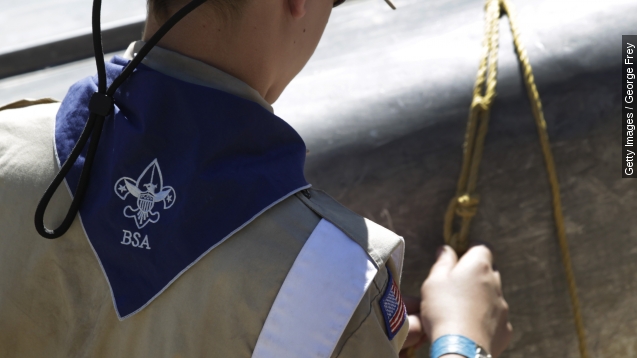 Nearly 20 people, seventeen of them former Boy Scouts in Connecticut, have claimed in a lawsuit that their scoutmaster sexually abused them between 1963 and 1975.

The lawsuit is against Boy Scouts of America. The accused scoutmaster, Donald Dennis, died two years ago.

The plaintiff's attorney, Brooke Goff, said one client was molested more than 1,000 times. The Hartford Courant says the lawsuit, according to the lawyer, "is the largest against the national group in terms of number of possible victims."

The lawsuit claims the Boy Scouts didn't have enough supervision, and Dennis was reportedly alone with the boys for hours at a time.

Time says the 850-page lawsuit also alleges two girls were forced to watch Dennis abuse some of the scouts. Those two girls, now women, are also part of the lawsuit.

The attorney representing the Boy Scouts of America told outlets he could not comment on the case.