$18 Trillion And Growing: A Guide To The Debt Ceiling 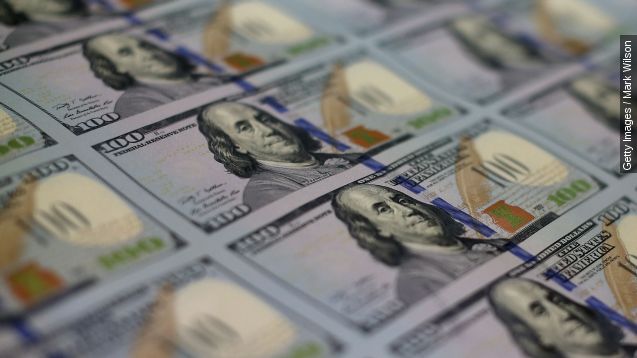 Legally, the U.S. government can only borrow so much money. In other words, there's a debt ceiling. An $18 trillion debt ceiling. (Video via The White House)

But it wasn't always this way. (Video via U.S. National Archives)

It used to be that Congress had to approve each individual loan to pay for things like building the Panama Canal. (Video via U.S. National Archives)

That got to be a tedious process. So, in 1917, while raising funds for World War I, Congress established the debt ceiling — giving the Treasury Department the go-ahead to borrow on its own but setting a limit on how much. (Video via U.S. National Archives)

But that self-imposed borrowing limit wasn't accompanied by a spending limit.

You see, the government has a habit of spending more money than it takes in taxes. To make up the difference, the Treasury Department has to borrow more, prompting Congress to raise the debt ceiling.

Today, it's about three times higher than it was in 2000.

Since 1980, Congress has revised the debt ceiling over 40 times — under both Democratic and Republican presidents. Had they not … well, no one really knows what would have happened.

That's why, for all the hand-wringing, most would agree raising the debt ceiling is a necessity — an unpleasant one at that.

Except that, the U.S. government not being able to pay its bills would create a big shakeup in the financial markets, and the country's creditworthiness would suffer.

This video includes an image from Harris & Ewing and tom_bullock / CC BY 2.0.