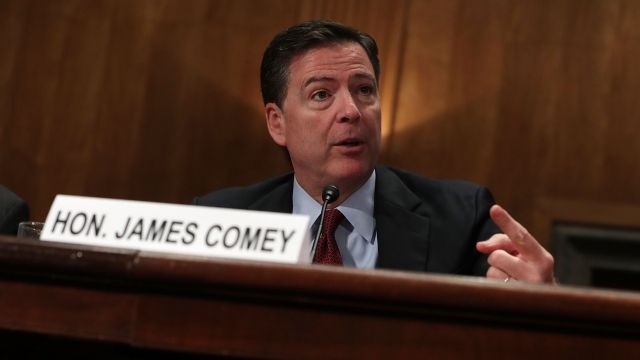 SMS
16-Year-Old Involved In Sexting Scandal Feels Victimized By FBI
By Grant Suneson
By Grant Suneson
November 2, 2016
The girl involved in the latest Anthony Weiner sexting scandal said the FBI should have kept the investigation quiet to protect her privacy.
SHOW TRANSCRIPT

The 16-year-old girl who says she received inappropriate text messages from former congressman Anthony Weiner said she felt victimized by FBI Director James Comey and his decision to disclose the case to Congress.

Comey sent a letter to Congress saying the investigation into Weiner's explicit messages led the bureau to reopen its probe into Hillary Clinton's private email server. This angered Democrats, who say there was no reason for Comey to publicize this, especially so close to the election.

The girl, whose name is not being released, sent BuzzFeed an open letter directed at Comey. She said: "Your letter to Congress has now brought this whole matter back into the media spotlight. … Why couldn't your letter have waited until after the election, so I would not have to be the center of attention the last week of the election cycle?"

The girl said she and her family have been constantly hounded by reporters looking for a comment. Her father said he was angry with the FBI for releasing information about the case just hours after interviewing her.

Weiner's alleged relationship would have started when the girl was just 15. Weiner has denied the allegations but said they left him "filled with regret." He recently checked himself into a rehab facility for sex addiction.

The girl ended her letter by saying, "It's time that the FBI Director puts his victims' rights above political views." She signed it, "Girl that lost her faith in America."

Releasing news about the emails so close to Election Day broke with FBI protocol — protocol that caused the bureau to keep quiet about an investigation into Donald Trump's second campaign manager, Paul Manafort, and his business dealings in Ukraine.