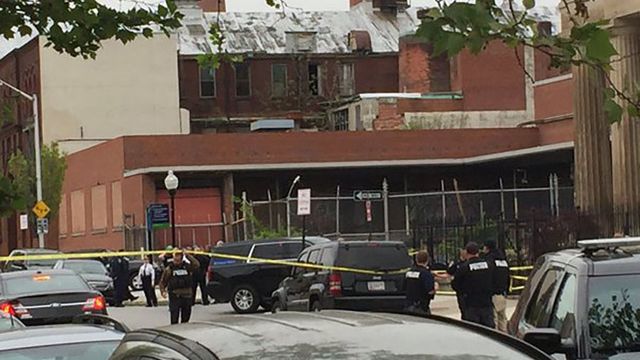 SMS
13-Year-Old Boy With Toy Gun Shot, Injured By Baltimore Police
By Katie Link
By Katie Link
April 27, 2016
The 13-year-old boy was taken to a nearby hospital with non- life-threatening injuries.
SHOW TRANSCRIPT

Baltimore police officers shot a 13-year-old boy Wednesday after they mistook his toy gun for a real one.

Newsy’s partners at WMAR report two plain clothes officers — who identified themselves as police — spotted the boy with what they thought was a semi-automatic handgun and started chasing him. It’s still unclear what caused police to fire at the boy.

"No police officer in Baltimore wants to shoot a 13-year-old, but police officers here and elsewhere are charged, by us, by our community with going after bad guys with guns," Police Commissioner Kevin Davis said.

The police commissioner said the boy’s mother knew he left home with this fake gun and is being questioned by investigators.

The shooting comes the same day Baltimore’s mayor held an event to mark the one-year anniversary of the riots following Freddie Gray’s funeral. Gray died in police custody after being arrested on April 19, 2015. Six officers have been charged in connection to his death.

The 13-year-old was transported to the hospital and is being treated for non-life-threatening injuries.

This video includes clips from WJZ-TV and images from Getty Images.