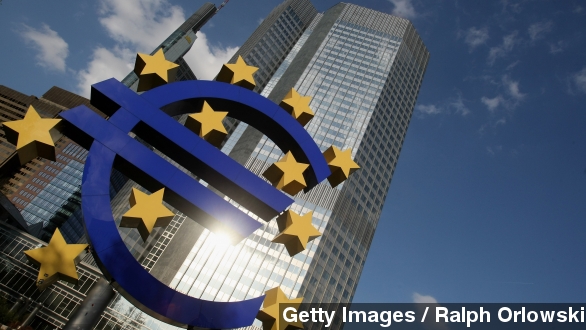 Thirteen European banks do not have enough cash to absorb a future financial crisis.

This according to a stress test, published Sunday, reviewing the finances of 130 of the eurozone's largest banks.

So what does it mean when 10 percent of eurozone banks fail a stress test? Let's look at some context.

The test was conducted by the European Central Bank, which is poised to become the eurozone's single supervisor in November.

The test was seen as a prelude to the bank's assumption of authority. The results provide insights as to how European banks may be supervised moving forward. (Video via Euronews)

They also are meant to instill confidence in the European banking system by singling out the struggles of individual banks – like four in Italy – while also highlighting the successes of others.

CNBC: "Interestingly Germany and Spain are the best performers. And the general feeling you get from this report is that, actually, the Spanish overhaul has been quite effective."

The results were released Sunday to give investors time to digest the information before markets open. And there's no guarantee they will be convinced.

Previous stress tests, such as one conducted in 2010, were criticized as too easy to pass. Some analysts worry the most recent results will be viewed in a similar light.

BRENDA KELLY VIA BBC: "There are huge headwinds in the eurozone at the moment. And one of those —  the potential for deflation. And that is one element that was not included as a stressful scenario."

But European Central Bank Vice President Vitor Constancio is optimistic the tests will strengthen the banks, saying in a press release, "This should facilitate more lending in Europe, which will help economic growth."

And that's the point. Because in Europe, companies are more reliant on financing from banks. A healthy bank industry is key for a healthy European economy. (Video via Al Jazeera)

The banks that failed the stress test now have two weeks to present a plan to make up their shortfall in capital and nine months to do so. Those unable to comply could be shut down.