At Least 13 Dead After Attack On American University Of Afghanistan 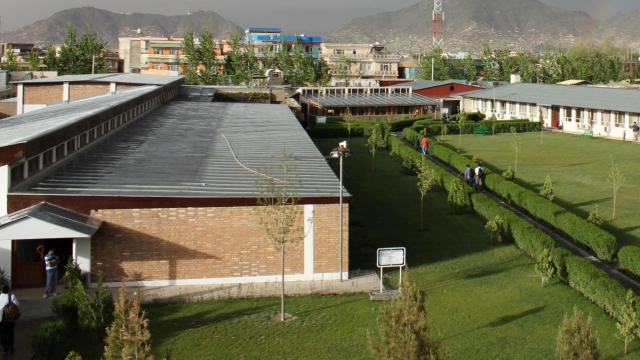 At least 13 people are dead and dozens more injured after a nearly nine-hour attack on the American University of Afghanistan in Kabul on Wednesday.

"First, an explosion happened. And then, we heard the sound of gunfire. Twenty of us were in the class. Two bullets hit on the door of our classroom," one witness told PBS NewsHour.

A spokesperson for the Interior Ministry told reporters at least seven students, three police officers and a security guard were among the fatalities.

A reporter for CBS was inside the university during the siege but was able to escape unharmed.

"The gunfire was closer and closer, and I felt a few bullets flying over my head," CBS' Ahmad Mukhtar said.

Officials say the attack started around 7 p.m. local time when a car stocked with explosives was detonated in front of the university's security wall.

That paved the way for two gunmen armed with automatic weapons and grenades to enter the building.

According to a police spokesperson, security forces shot and killed the two gunmen when they arrived on the scene. No group has claimed responsibility for the attack.

Earlier this month, two professors were kidnapped from the university at gunpoint. Their whereabouts are still unknown.