11B People And Counting? Imagining Our Crowded World In 2100 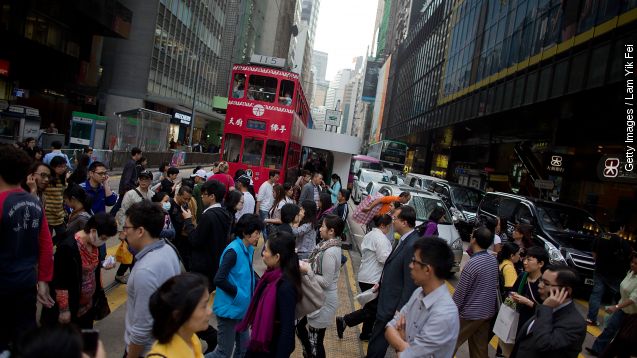 There are 7.3 billion people on the planet. By the end of the century, there could be 11.2 billion.

These are the latest population projections from the United Nations. Here's what else to expect. (Video via U.N. Department of Economic and Social Affairs)

Nine countries will account for most of the world’s population growth between now and 2050: India, Nigeria, Pakistan, Democratic Republic of the Congo, Ethiopia, Tanzania, Indonesia, Uganda and the United States.

India's population is expected to surpass China's in the 2020s.

At the same time, countries with low birth rates will offset that growth.

By 2050, the populations in 11 countries are expected decrease by more than 15 percent; most of those are in Eastern Europe.

By 2100, Japan — the world's fastest-aging nation — could lose more than a third of its population.

Africa — by contrast — is a young continent. In 19 countries, the average woman has five or more children. (Video via U.N. Women)

This century, Africa's total population is on course to nearly quadruple.

Nigeria, in particular, will see rapid expansion. Currently the world's seventh largest population, it's on track to be the third largest by 2050 and surpass the U.S.

The question for Africa is if its economic growth can keep up with its massive population growth. (Video via U.N. Women)