The Upcoming Congress Is The Most Racially Diverse In US History 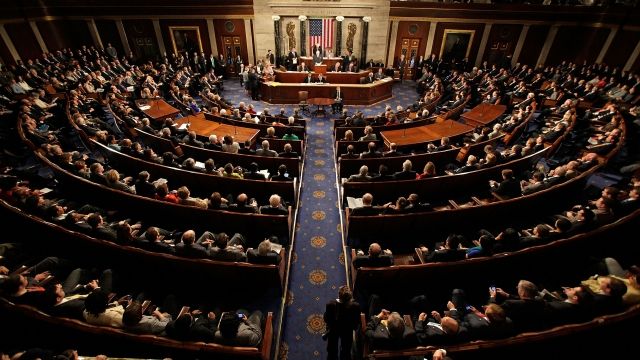 SMS
The Upcoming Congress Is The Most Racially Diverse In US History
By Lindsey Pulse
By Lindsey Pulse
November 17, 2016
But compared with the U.S. population, Congress is still disproportionately white and male.
SHOW TRANSCRIPT

The upcoming Congress will be the most racially diverse in U.S. history.

The 115th Congress takes office in January, and its chambers will have a record number of Latino, African-American and Asian-American members.

Here's a look at the numbers: 34 Latinos will serve in the House and four in the Senate. One of those representatives — U.S. Sen.-elect Catherine Cortez Masto of Nevada — will be the first-ever Latina senator.

SEE MORE: Glass Ceilings Were Broken Across The Country This Election

The number of black members in Congress jumped from 46 to 49. The number of Asian-Americans increased from 11 to 15. And the number of women of color in the Senate is set to quadruple.

There are some numbers that stayed the same, though. The number of LGBTQ members remained the same — it still sits at seven. And there will still be the same total number of women in both chambers.

If this all sounds familiar, it's because it is. Nearly 1 in 5 members of the 114th Congress were a racial or ethnic minority.

And in 2013, Congress saw a record number of women and racial minorities sworn in. The 113th Congress reportedly had the first Buddhist in the Senate and the first openly bisexual woman in the House.

The growing diversity in the legislative body is a good thing, but compared with the U.S. population, Congress is still disproportionately white and male.