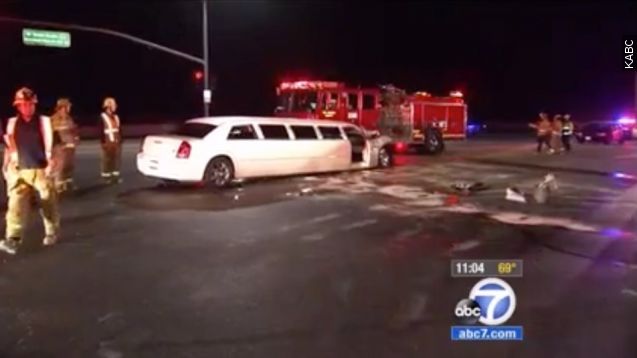 News outlets in California are reporting at least 11 people were injured in a three-car crash involving a stretch limo Saturday night.

"It tried to stop at the red light, couldn't quite make it. He braked very hard, but this other little white vehicle behind me spun out and hit the other vehicle," Sgt. Brian Allen of the Los Angeles County Sheriff's Department told KABC.

The crash happened in Santa Clarita, just outside Los Angeles. According to KABC, the only person who wasn't injured was the limo driver. At least five people are critically injured. (VIdeo via Good Morning America)

Officials haven't released many details but told KNBC that none of the drivers are suspected of being under the influence. (Video via KNBC)