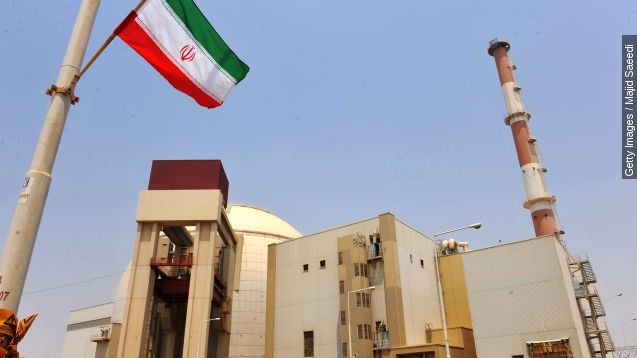 The rocket — named Emad, which means "pillar" — is Iran's most advanced weapon because it's the country's first missile that can be guided until the moment of impact. And though we're not sure exactly how powerful it is, the test is being seen as a sign of aggression. (Video via Islamic Republic of Iran News Network)

Iranian Defense Minister Hossein Dehghan was quoted by IRNA, the nation's state-run news agency, saying, "We won’t seek permission from anyone to increase our defense power and our missile capabilities." (Video via RT)

The test comes the same day the country's Parliament approved an outline of the historic nuclear agreement between Iran and several world powers including the U.S., which has many wondering if the Emad missile test violates the nuclear deal. (Video via Press TV)

But Iran's supreme leader, Ayatollah Ali Khamenei, has denied that the country is looking to create a nuclear missile, saying weapons of mass destruction are forbidden under Islam.