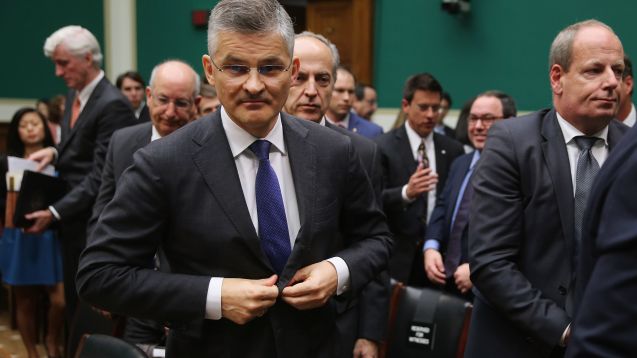 The head of Volkswagen’s U.S. division apologized for the company’s emissions scandal as he appeared before a congressional panel Thursday.

CEO Michael Horn told lawmakers he knew there was an issue concerning vehicle emissions standards last spring but said he was not aware of the so-called "defeat device" that helped its vehicles cheat emissions tests.

“Let me be very clear about this," Horn said.  "While I was told about the EPA process, I was not then told nor did I have any reason to believe our vehicles included such a device.”

Horn blamed software engineers for the problem. Nearly 500,000 Volkswagen diesel cars in the U.S. and up to 11 million vehicles worldwide were affected by the emissions scandal.