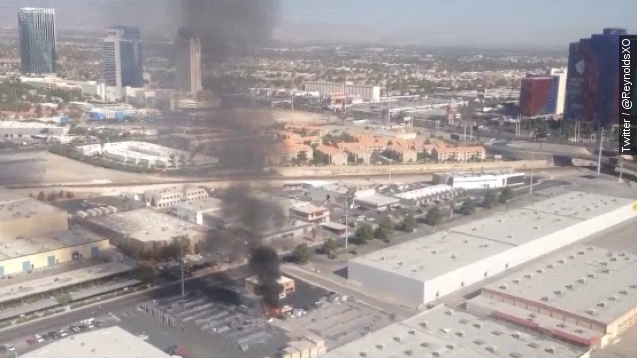 SMS
1 Injured In Las Vegas Explosion
By Kate Grumke
By Kate Grumke
August 18, 2015
One person is being treated for burn injuries after an explosion at a hot air balloon rental company.
SHOW TRANSCRIPT

Authorities responded to a fire and reports of multiple explosions Tuesday at a hot air balloon rental company near the Las Vegas Strip. (Video via Twitter / @ReynoldsXO)

KSNV reported the explosion happened when a pilot was refilling a propane tank. Authorities evacuated nearby buildings.

One injury was reported, and the balloon company told KSNV that injury was to the pilot. KVVU reports the injured person was taken to the hospital for burns.