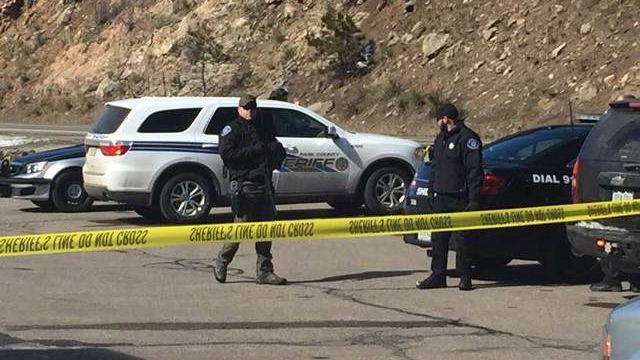 One sheriff's deputy is dead and two others are injured after they were shot while serving an eviction notice in Colorado.

The officers were delivering the notice to the homeowner, Martin Wirth. Newsy's partner KMGH reports the homeowner started shooting at the deputies when they arrived at his home in Bailey, Colorado.

The Park County Sheriff's Office identified the officer who died as Nate Carrigan, a 13-year veteran of the department.

Master Patrol Deputy Kolby Martin was shot multiple times and is in the hospital in critical condition. The other injured deputy, Capt. Mark Hancock, was grazed by a bullet.

The Colorado Bureau of Investigation stepped in to assist, allowing the Park County sheriff to be at the hospital with his deputies and their families.

"It is a dark day. And he would ask for prayers, and thoughts and just focusing everything you have on support of the Park County Sheriff's Office," Susan Medina, spokeswoman for the CBI, said.

Officials anticipated a difficult eviction because Wirth had been fighting foreclosure for years. Wirth was shot and killed by deputies during the incident.

This video includes clips from KMGH, KUSA and KRDO.