1 Dead After Shooting At Zombie-Themed Festival In Florida 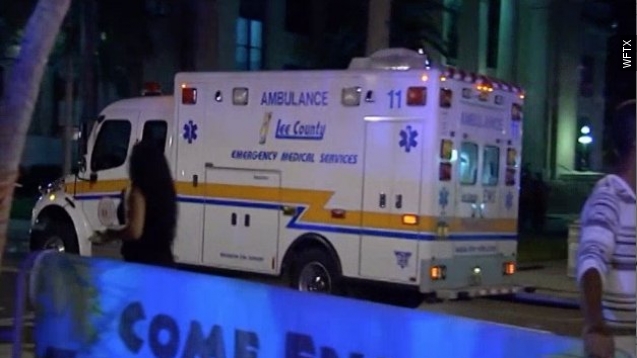 SMS
1 Dead After Shooting At Zombie-Themed Festival In Florida
By Ryan Biek
By Ryan Biek
October 18, 2015
Police said a suspect is still at large after killing one and injuring four others at Zombicon in Fort Myers, Florida, on Saturday.
SHOW TRANSCRIPT

One man was killed, and four other people wounded when a shooter opened fire at popular zombie-themed festival Zombicon in downtown Fort Myers, Florida Saturday night. (Video via WFTX)

"We started running because we saw a horde of people running and we heard two really loud bangs," a witness told WFTX.

Police told Newsy's partners at WFTX, at this time, there is no motive for the shooting and the shooter is still at large.

The organizers of Zombicon said in a statement, “We take the safety of our patrons very seriously and take precautions in hiring security and police officers for our annual event. Our prayers go out to the family members and individuals involved in the incident."

The identities of the victims have not been released. The four people wounded were reportedly treated for non-life threatening injuries.

This video includes an image from the Fort Meyers Police Department.