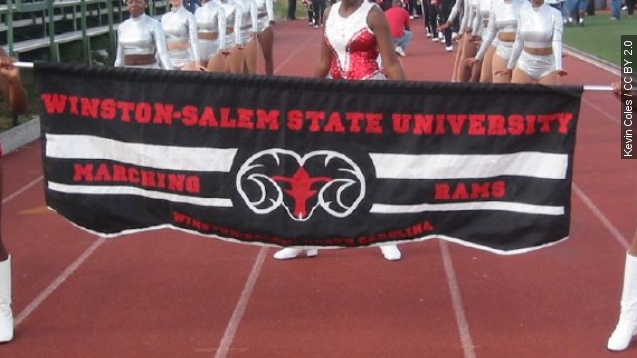 SMS
1 Dead After Shooting At Winston-Salem State University
By Matt Moreno
By Matt Moreno
November 1, 2015
The university is asking for the public's help for information on the suspect, who is still on the loose.
SHOW TRANSCRIPT

One person is dead and another injured after a shooting on the Winston-Salem State University campus.

The university went on lockdown for about three and a half hours early Sunday morning after reports of the shooting.

The university says suspect Jarrett Jerome Moore is still on the loose and is asking for the public's help to track him down.

Officials believe the two victims are students at the university, but the suspect is not. (Video via WSOC)

The university has canceled public services for Sunday and will make counselors available for students. Anyone with information on the suspect is asked to call university police. (Video via WTVD)