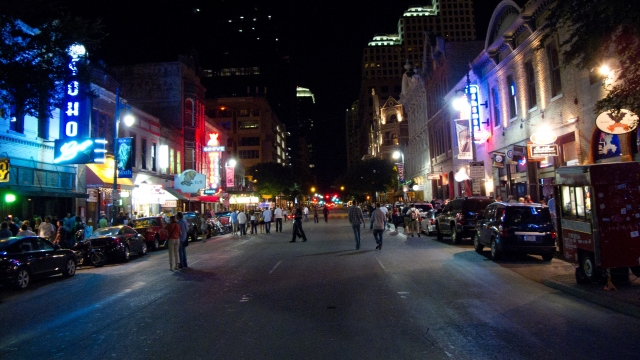 One person is dead and four others injured after early morning shootings in Austin, Texas.

Police originally reported them as an active shooter situation but later said they were two separate incidents in close proximity.

Police got a call of a shooting on Sixth Street shortly after 2:15 local time Sunday morning. Video posted on social media shows people running from the sound of gunshots. Within 10 minutes, police received a call of a person shooting at another individual at a nearby parking garage.

A woman believed to be in her 20s died at the scene on Sixth Street.

"With this being shortly after 2 a.m. and the large crowds that we have on Sixth Street at this time, all the individuals leaving the bars, it was a very chaotic scene. A lot of people running in different directions with all the gunshots that were coming out," said Austin Police Chief of Staff Brian Manley.

The suspect was the only person injured in the parking garage incident after members of the public took him down. Police are currently talking to a person of interest in the Sixth Street shooting.