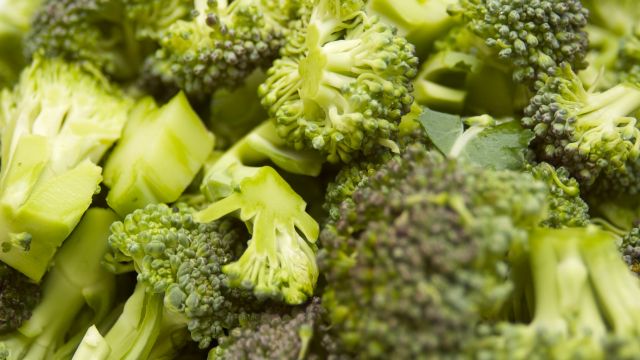 SMS
1,800 Cases Of Frozen Broccoli Recalled Over Listeria Concerns
By Ben Lawson
By Ben Lawson
April 2, 2016
A recall for Wylwood frozen broccoli spans 11 states, and anyone who has the product is advised to throw it away.
SHOW TRANSCRIPT

About 1,800 cases of frozen broccoli cuts distributed in the U.S. are being recalled because they could be contaminated with listeria.

Wylwood frozen broccoli cuts were sent to 11 states before Ohio officials discovered the packaging had tested positive for listeria monocytogenes, the bacteria that leads to listeria infection.

Listeria typically only causes short-term symptoms for healthy people but can cause serious or sometimes fatal infections in children, elderly people and anyone with a weakened immune system. It can also lead to stillbirths or miscarriages.

Officials say there have been no reported cases of illnesses associated with the product.

The South American company behind the product has ceased all distribution and is advising anyone with the product to throw it away.

This video includes images from Jason Bachman / CC BY ND 2.0, whologwhy / CC BY 2.0 and Centers for Disease Control and Prevention.