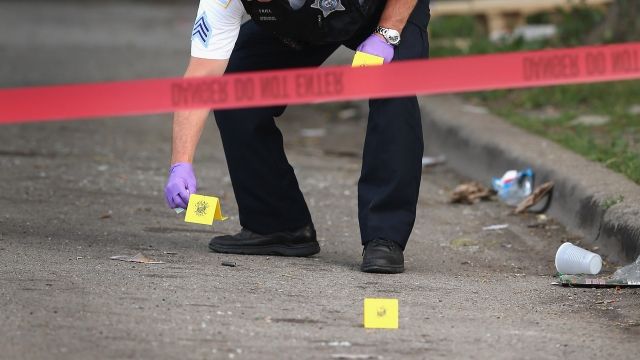 SMS
Chicago Sees 1,000 More Shootings Than This Time Last Year
By Briana Koeneman
By Briana Koeneman
October 18, 2016
Homicides there are also rising. Police say there have been nearly 600 so far this year, about 200 more than at the same point in 2015.
SHOW TRANSCRIPT

Shootings in Chicago have reached a deadly new high.

According to data gathered by the Chicago Tribune, 1,000 more people in the city were shot this year than at the same time last year.

Homicides are on the rise, too. Police say there've been nearly 600 so far this year, while last year saw about 400 at this time.

The report comes after a particularly bloody weekend for the Windy City.

A total of 48 people were shot in Chicago between Friday afternoon and early Monday morning. Eight died from their injuries.

As the Tribune notes, gun violence like this in just one weekend tends to be more common during the summer months.

This year has become the deadliest for Chicago in the past two decades, though other cities like New Orleans, St. Louis and Baltimore have higher homicide rates per capita.