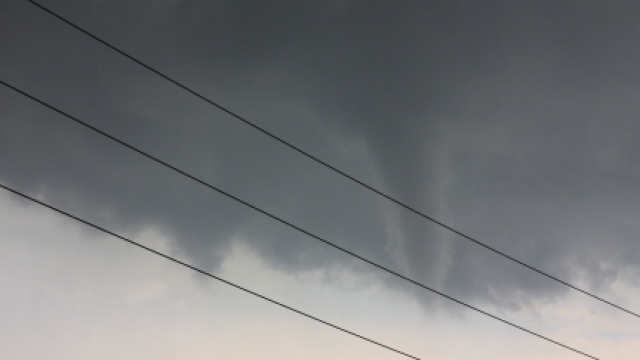 By Ryan Biek
May 25, 2016
Several severe storms were reported across the Great Plains on Tuesday.
SHOW TRANSCRIPT

Two people were critically injured in Kansas as intense storms moved across the Plains Tuesday.

No fewer than three tornadoes were reported in Kansas, and high winds destroyed several buildings in Bristow, Oklahoma, about 75 miles northeast of Oklahoma City.

Flash flood warnings were also issued across a number of Oklahoma counties until early Wednesday morning.

No deaths were reported from Tuesday's storms. Large hail and damaging winds are expected to hit parts of the central U.S. on Wednesday, Thursday and Friday.

This video includes clips from KWCH and KOTV.