Federal Prosecutors Will Seek The Death Penalty Against Dylann Roof 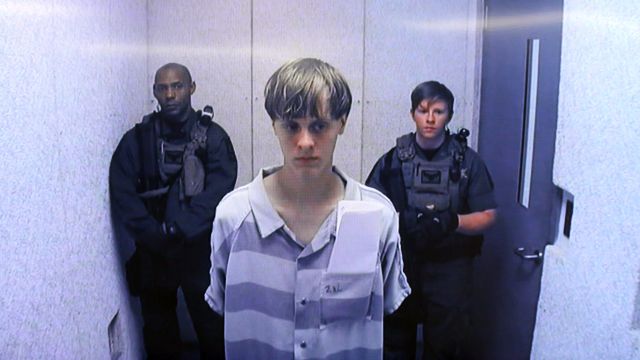 Federal prosecutors announced they will seek the death penalty against Dylann Roof, the man who confessed to killing nine churchgoers in Charleston, South Carolina, nearly a year ago.

Attorney General Loretta Lynch announced the decision against 22-year-old Roof on Tuesday, writing, "The nature of the alleged crime and the resulting harm compelled this decision."

Prosecutors say Roof opened fire inside the Emanuel African Methodist Episcopal Church in Charleston on June 17, 2015. He has been charged with 33 federal offenses.

Despite the pile of charges, it’s pretty rare for the government to seek the death penalty in a federal case. As The Post and Courier points out, the U.S. attorney’s office has passed up the opportunity to seek execution hundreds of times since capital punishment was reinstated decades ago.

While a federal trial date hasn't been decided, Roof is set to be tried in a South Carolina court in January. Prosecutors in the state case also say they'll seek the death penalty.

This video includes clips from C-SPAN and WCSC and images from Getty Images. Music provided courtesy of APM Music.