Targeting Police Officers Could Soon Be A Hate Crime In Louisiana 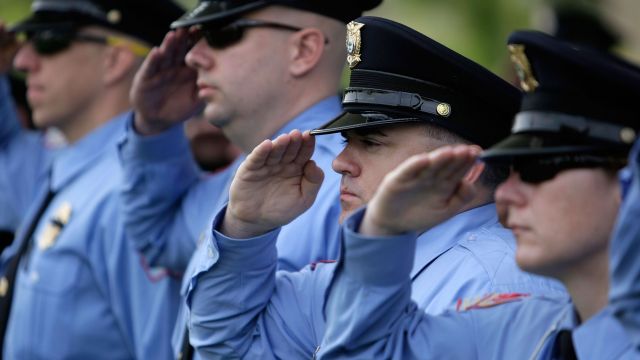 SMS
Targeting Police Officers Could Soon Be A Hate Crime In Louisiana
By Katie Link
By Katie Link
May 24, 2016
The governor — who's the son of a sheriff — is expected to sign the legislation into law.
SHOW TRANSCRIPT

Louisiana could soon become the first state in the nation to classify an attack against law enforcement officers, firefighters and EMS personnel as a hate crime.

The bill passed the state’s House and Senate with little opposition and heads to the governor’s desk next.

According to CNN, Gov. John Bel Edwards — the son of a sheriff — plans to sign the bill into law soon.

In a statement, Edwards said: "Police officers and firefighters often perform life-saving acts of heroism, oftentimes under very dangerous circumstances, and are integral in maintaining order and civility in our society. The members of the law enforcement community deserve these protections, and I look forward to signing this bill into law."

Under current Louisiana hate crime law, additional punishment can be served to offenders who carry out attacks based on a person’s age, race, gender, religion, sexual orientation and more.

If a person is convicted of a felony hate crime, their sentence could include an additional five years behind bars and up to a $5,000 fine.

Louisiana, as well as dozens of states across the U.S., already enact stricter penalties for crimes against police — a fact that critics of the "Blue Lives Matter" bill say "risks confusing the purpose of hate crime laws."

The country's largest police union has repeatedly called on lawmakers to amend federal hate crime laws to include crimes against police officers. A bill that would do just that was recently introduced in the House of Representatives.