Obama's 'Apology Tour' Critics Focus On Optics Instead Of Actions 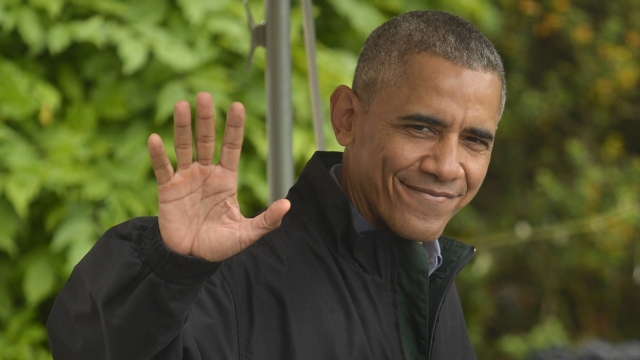 If you thought President Obama was going to sneak out of the White House without getting some criticism, his Asia trip is here to prove you wrong.

In what's probably one of his last big foreign trips as president, Obama is visiting Vietnam and Hiroshima, Japan; at some point, he will give a speech in the first city that ever had a nuke dropped on it, where he'll address a world without nuclear weapons. His critics have already thrown the trip under the "apology tour" label that's plagued the president since 2009.

"This guy's middle name is apology, so when he goes there, people are going to perceive this as an apology," Fox News' Jesse Watters said on "Outnumbered."

The idea of an Obama apology tour started during the very first year of his presidency, stemming from his use of words like "arrogance" to describe American actions in the past.

But the critique is less about the substance and actions of the trip and more about the optics.

The Obama administration has made it clear the president won't actually be saying "sorry" when he visits Hiroshima, and the entire Asia visit is about a shift to a stronger relationship with Asian countries. And so far, actions lend credence to that argument.

During the trip, Obama announced the lifting of an embargo on selling weapons to Vietnam, which helps distance the country from Russian influence while at the same time combating China's control of the region.

Obama's decision to visit Hiroshima — paired with anti-nuclear weapon rhetoric — could be largely aimed at nearby North Korea, which has been flexing its nuclear weapons program for months on end.

Let's not forget economic interests. The Trans-Pacific Partnership that involves both Vietnam and Japan could be dead in the water fairly soon if Congress doesn't approve it. All three remaining presidential candidates oppose the deal.