Millennials Living With Their Parents Isn't Just A Stereotype 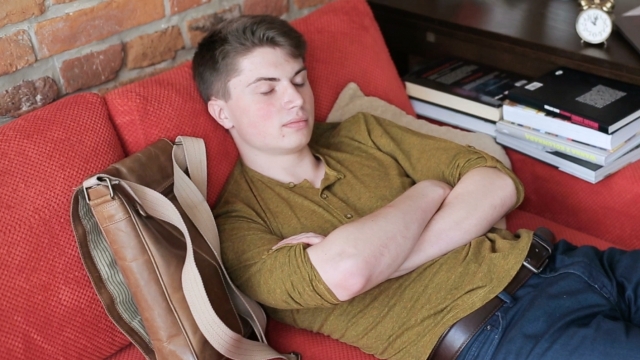 If you think you're the only mooch sleeping on mom's couch, you're in luck — millennials are more likely to live under their parents' roofs than any other generation since the '40s. What's more, living with good ol' mom and dad is more likely than living with a spouse or partner for the first time since the 1960s.

That's all according to a new Pew Research study that looked at census data from 2014. Thirty-two percent of 18- to 34-year-olds lived with their parents; now that's not the highest ever, but it's the highest in modern history.

And unfortunately for us dudes, heading back home is more likely to happen to us. Young men live with their parents 35 percent of the time, while that percentage for women is lower at 29 percent.

As far as living with a spouse or partner, for men the number has shrunk to 28 percent and 35 percent for women.

There are a few reasons for the new numbers, and it's mostly the economy's fault. The Great Recession, the slow recovery and stagnant wages have all forced millennials to head back to mom and dad.

But it's also the fact that millennials just don't want to put a ring on it. Pew found 1 in 4 young people may never get married, with the median age for a first marriage rising consistently for decades.

Looks like I need to go ahead and call the folks — just in case I need some new roommates.