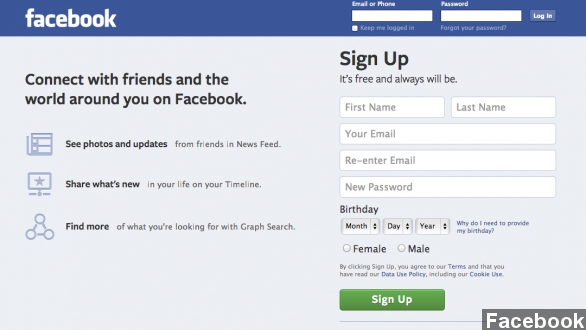 SMS
Woman Barred From Ranting About Family On Facebook
By Matt Moreno
By Matt Moreno
May 18, 2014
A court decided a New Jersey mom can't post about her ex-husband and children on Facebook after her previous "disturbing" posts.
SHOW TRANSCRIPT

Hate it when people rant on Facebook? Well, one New Jersey mom has actually been banned from doing just that.

A judge has ordered one unidentified woman not to go on Facebook rants about her children or ex-husband. This comes after the woman attempted to kidnap her two kids and take them to Canada. (Via The Star-Ledger)

The case goes back to 2011. The social media restrictions were placed on her as a condition of her probation, after her ex-husband's family and local officials found her posts disturbing. According to New Jersey's The Daily Journal, those posts involved her ex-husband, their kids and the "Book of Revelation in the Bible, serial killer Jeffrey Dahmer, Satan and Adolf Hitler."

The woman has since been diagnosed with bipolar disorder, but she reportedly kept posting about her ex-husband and children.

The Daily Digest says she obeyed the ruling for a year, but then started using the codeword "Camelot" to talk about her ex-husband and children. The judge ruled this a violation of her probation.

But, if you're wondering, 'doesn't this violate a right to free speech?', the answer is no — at least according to a recent appeals court decision.

The two judge appeals panel decided the order was specific enough and didn't ban her from writing about other thing on Facebook. MyCentralJersey.com writes, "The court said that the special condition was imposed with the purpose of advancing her rehabilitation, 'namely, to deter her from engaging in behavior that is harmful to her victims and to lead a law-abiding life.'"

The woman is not allowed to have contact with her husband or children — on or off Facebook.