Zuckerberg Says It's 'Crazy' To Blame Facebook For Election Results 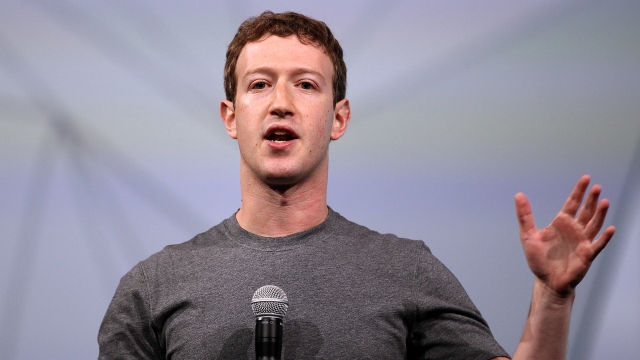 SMS
Zuckerberg Says It's 'Crazy' To Blame Facebook For Election Results
By Lindsey Pulse
By Lindsey Pulse
November 11, 2016
The tech industry leader said those who believe the hype show a "profound lack of empathy."
SHOW TRANSCRIPT

Mark Zuckerberg thinks it's "pretty crazy" for people to blame Facebook for contributing to the election results.

Zuckerberg spoke at the Techonomy conference in New York on Thursday. He said people blaming Facebook show a "profound lack of empathy."

Over the past several weeks, critics have blamed Facebook for swaying public opinion with its dissemination of fake news articles about each candidate.

It started with a story that claimed Fox News anchor Megyn Kelly was a "closet liberal." The story was reportedly featured for several hours before being taken down.

And in September, the anniversary week of 9/11 was a trending topic. But Facebook didn't show news about the event — it showed an article about a conspiracy theory.

Zuckerberg has repeatedly refused to acknowledge that Facebook is a media company — he claims it's solely tech.

But social media sites — like Facebook — do influence public opinion. A Pew Research Center study recently found 20 percent of social media users changed their stance on an issue because of things they saw on social media.