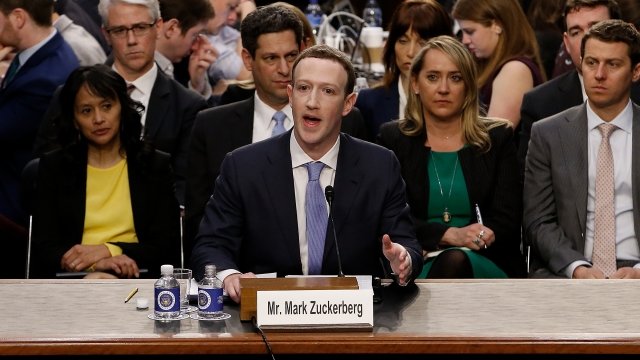 PL: "I assume, um, Facebook's been served with subpoenas from the special counsel Mueller's office, is that correct?"

PL: "Have you or anyone at Facebook been interviewed by the special counsel's office?"

PL: "Have you been interviewed?"

MZ: "I believe so. And I want to be careful here because that our work with the special counsel is confidential, and I want to make sure that in an open session I'm not revealing something that's confidential."

PL: "I understand. I just want to make clear that you have been contacted, you have had subpoenas."

MZ: "Actually, let me clarify that. I actually am not aware of a subpoena. I believe that there may be, but I know we're working with them."

We already knew Facebook was cooperating with the Russia investigation after it turned over Russian-funded ads that appeared on the site ahead of the 2016 presidential election.

Zuckerberg is testifying before both chambers of Congress this week following the revelation Cambridge Analytica accessed data from around 87 million users.