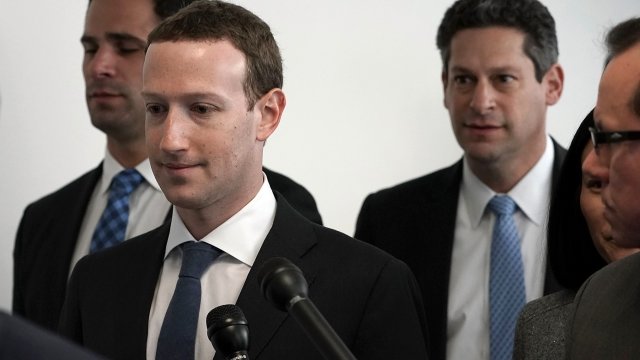 "The sense and the tone we're seeing from the company is not one we've seen before," Politico technology reporter Ashley Gold told Newsy recently.

Mark Zuckerberg, CEO of Facebook, is about to do something he's never done before: testify before Congress. This is connected to the fallout of the Cambridge Analytica scandal. The data firm is accused of improperly using data gathered from almost 90 million Facebook users.

Congress has been champing at the bit to get the famously reclusive Zuckerberg in for testimony ever since news dropped of the breach. Being in front of cameras is not something Zuckerberg relishes; all eyes are going to be on how he presents himself.

"I think he's going to really try to convey a tone of being apologetic, humble. [He] wants to make sure everyone knows that he's taking responsibility and that he's accepting the criticism that's coming to him," Gold said.

Zuckerberg will be testifying twice. On Tuesday he'll be the subject of a joint Senate hearing with the commerce and judiciary committees. On Wednesday, he'll face the House Energy and Commerce Committee.

While the impetus of the hearings was the Cambridge Analytica scandal, lawmakers are looking beyond that now. They want to hear about data privacy overall at Facebook. They'll also broach Facebook's entire model of ads and sharing information with third parties.

"No one is saying, 'you're going to fundamentally have to uproot the way you make money,' because they understand how the business works. But there's going to be a question of whether it's going to be changed at all," Gold said. 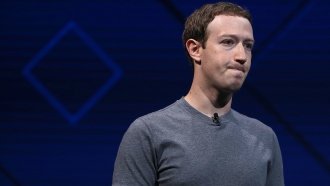 "Is this a big deal for the tech industry? That Facebook is coming and kind of opening itself up to regulation?" Newsy asked.

"Yes, it is. They're one of the biggest tech companies out there, and they tend to kind of drive the rest of the industry with what they decide is acceptable or not," Gold said.

Tech companies are infamously averse to government oversight. But between the high stakes and the bad press, this scandal could be different. Facebook has already rolled out some changes regarding transparency and data collection.

"The fact that they're putting the top, top people of the company in front of everyone shows kind of a shift in tone. I think they will still really not want strict regulation and they will still kind of pull their same Washington tricks," Gold said.