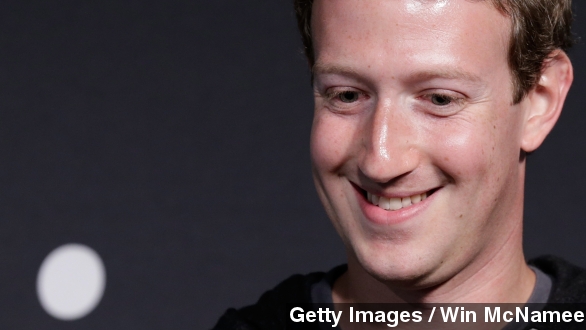 By Danny Matteson
October 14, 2014
On Tuesday Facebook CEO Mark Zuckerberg, along with his wife Priscilla Chan, announced they would be donating $25 million to the CDC.
SHOW TRANSCRIPT

It’s become the worst Ebola outbreak in history — more than 4,000 now dead and nearly 8,500 infected. But help to end the crisis will soon be coming from silicon valley.

On Tuesday Facebook CEO Mark Zuckerberg, along with his wife Priscilla Chan, announced they would be donating $25 million to the Centers for Disease Control Foundation to help fight the virus around the world. (Video via NBC)

The announcement came, appropriately enough, in a Facebook post, with Zuckerberg writing the outbreak was at a “critical turning point.”

He added, “We believe our grant is the quickest way to empower the CDC and the experts in this field to prevent this outcome. … We are hopeful this will help save lives and get this outbreak under control.”

According to USA Today the aid money will go specifically to response efforts in the Western African Nations of Guinea, Liberia, and Sierra Leone — where the virus Ebola has hit hardest.

It’s a big check to write, but it’s nothing new for Zuckerberg and Chan — who aren’t exactly strangers to giving to a good cause.

And other tech luminaries have joined the fight as well. As Politico notes, The Bill and Melinda Gates Foundation donated $50 million to the fight against Ebola last month.

That amongst other large donations the foundation has made to fight disease like Malaria and Aids.

Zuckerberg and Chan are reportedly making their grant through their fund at the non-profit Silicon Valley Community Foundation.