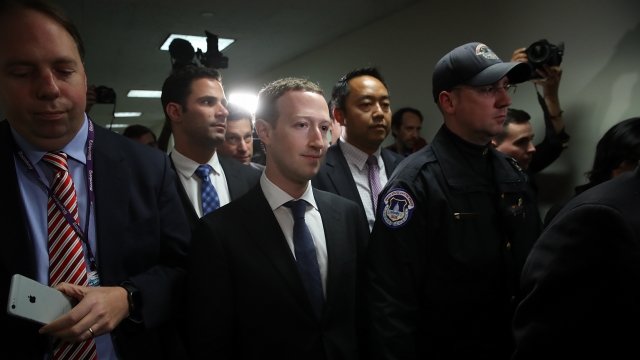 SMS
After Months Of Defending Its Image, Where Does Facebook Stand?
By Evan Thomas
By Evan Thomas
April 10, 2018
Facebook CEO Mark Zuckerberg has never liked the spotlight. But lawmakers have called him to testify on the Cambridge Analytica scandal.
SHOW TRANSCRIPT

In recent months, Facebook has thrown more and more resources at countering bad publicity, up to and including a reluctant CEO. Mark Zuckerberg's congressional testimony on the Cambridge Analytica scandal is his first time alone in the hot seat — but it's just the latest in a long string of efforts to defend the company's image.

Some cases were mostly benign, like the heavily marketed bus tour of America. In September 2017, Zuckerberg made a broad apology for how his work at Facebook "was used to divide people." Less than a month later, a virtual visit to hurricane-ravaged Puerto Rico was criticized as being tone-deaf. 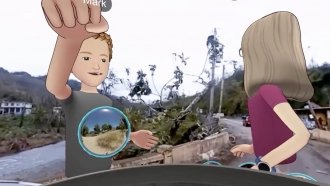 And when we learned how Cambridge Analytica vacuumed up Facebook data to target unwitting users, Zuckerberg himself had to make public apologies and outlined the internal changes that Facebook hopes will help lock down its platform.

Now, he'll face questioning he's largely tried to avoid. Zuckerberg is said to have practiced with staffers who put on mock committee hearings so he could get ready to field tough, official questions.

And there's a good possibility this chapter of Facebook PR ends with more than just a media tour. Lawmakers say it might finally be time to pass heavier regulation for Facebook, so privacy is stronger and advertising is harder to abuse.