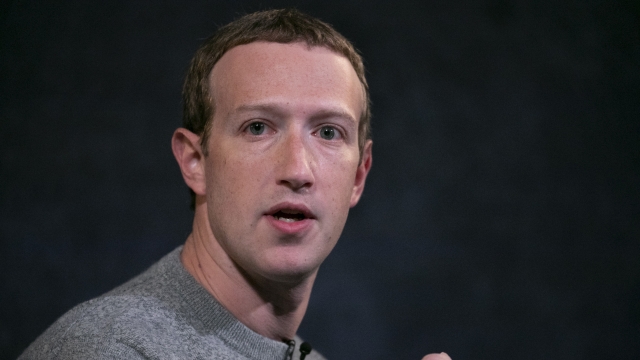 He says the claim that his company puts money over the good of the public just isn't accurate. Zuckerberg released a statement on Facebook early this morning. It read in part:

"We care deeply about issues like safety, well-being and mental health. It's difficult to see coverage that misrepresents our work and our motives," he said. "At the heart of these accusations is this idea that we prioritize profit over safety and well-being. That's just not true. "

These comments were in response to former Facebook employee-turned-whistleblower Frances Haugen, who told a group of senators yesterday that the company's products are harmful to children, and they also deepen division and weaken our democracy. She also called on Congress to regulate the tech giant.

"Mark holds a very unique role in the tech industry in that he holds over 55% of all the voting shares for Facebook. There are no similarly powerful companies that are as unilaterally controlled, and in the end, the buck stops with Mark. There's no one who is currently holding Mark accountable but himself."