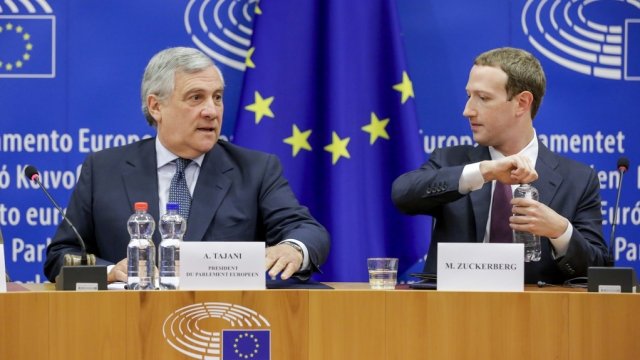 Facebook CEO Mark Zuckerberg apologized to European Union lawmakers Tuesday for how his company handled a variety of issues.

"We didn't take a broad enough view of our responsibility, and that was a mistake, and I'm sorry for it," Zuckerberg said.

During a meeting at the European Parliament, Zuckerberg said Facebook didn't do enough to fight fake news, foreign interference in elections or the misuse of people's information.