Famous For Being Famous: Zsa Zsa Gabor Dies At Age 99 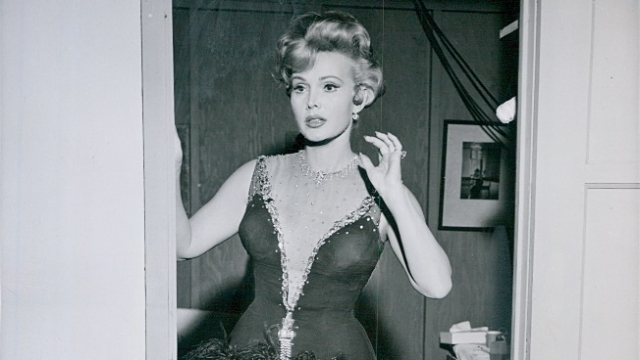 Legendary Hollywood starlet Zsa Zsa Gabor died of a heart attack Sunday at the age of 99.

The actress was known for her roles in "Moulin Rouge" and "Death of a Scoundrel" in the 1950s, but she was also "famous for being famous."

She continued to appear onscreen through the 1990s, acting in comedies, dramas and even playing herself.

Gabor was was married nine times. As she once put it: "I want a man who is kind and understanding. Is that too much to ask from a millionaire?"

Born in Budapest, Hungary, she and her sisters, Magda and Eva, came to the U.S. in the 1930s and '40s. All three were known for their outlandish behavior and string of marriages.

Gabor's public persona paved the way for the Paris Hiltons and Kim Kardashians of the world — although she did it without the internet.

Gabor's health had declined in recent years. A 2002 car crash left her confined to a wheelchair. She had been hospitalized repeatedly since then, and in 2011, gangrene forced doctors to amputate her right leg.