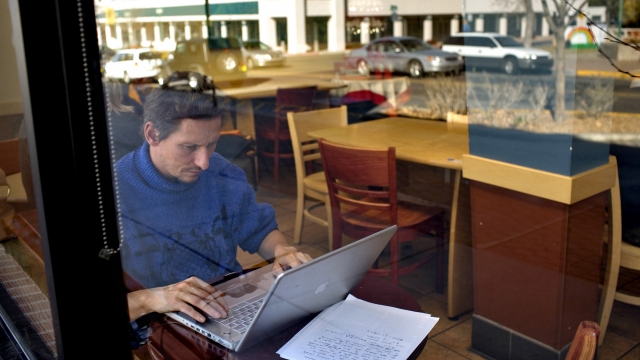 Many towns and cities have found ways to reinvigorate their economies by enticing remote workers to move there.

Many smaller cities learned to benefit from this increase and have become so-called "Zoom towns" — referring to the virtual video conferencing platform.

Jordan Hyde had been working remotely in Des Moines, Iowa, for years when she learned about Ascend West Virginia. The program pays remote workers $12,000 if they move to the state.

"Just knowing that we had this financial incentive that would cover our costs of moving ... I think it kind of enabled us to do it and made it more accessible to take advantage of this opportunity," Hyde said.

Companies are eyeing a return to the office, while others are keeping a hybrid option.

However, it's not just the money the program has to offer. It also showcases some of the best recreation West Virginia has to offer, including whitewater rafting, skiing, and hiking — all of which Hyde has taken advantage of.

So-called "Zoom towns" popped up across the country during the pandemic as smaller towns and cities tried to reinvigorate their economies.

The idea for Ascend West Virginia actually came just before the pandemic, highlighting the economic challenges the state had already been facing for years.

West Virginia has the fourth-highest poverty rate in the nation, and the population dropped 3.2% over the past decade. It's also been in the grips of a deadly opioid epidemic — making it difficult to attract people to the state.

However, Ascend West Virginia had an overwhelming response from the day the application went live, receiving more than 800 applications despite only having space for 50 people during the first round in Morgantown.

"Our co-op members are getting elected to local boards within our city council," he said. "They are pursuing volunteer opportunities with nonprofits. They are getting involved in local groups and organizing. It's just really cool to see how they're turning this place into their home."

Morgantown received more than 7,500 applicants in total, which is nearly 25% of the city's current population.

It's unclear whether all of the accepted applicants — including Hyde — will choose to stay in West Virginia beyond the two-year program, but Winfrey said he still considers it a success.

"What I'm confident of is that people will leave with a different and better understanding of West Virginia," he said.