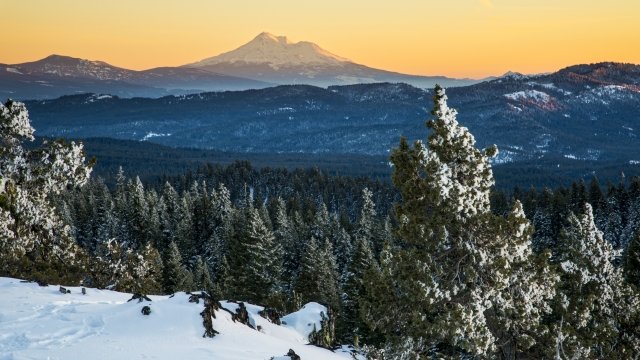 Zinke didn't make the report he submitted to President Donald Trump public, but The Washington Post — which cited "multiple individuals briefed on the decision" — reported the monuments are located in Utah and Oregon.

The Post reports the other Utah monument is the 1.9 million-acre Grand Staircase-Escalante, which was created in 1996.

And in Oregon, Zinke reportedly wants to reduce the Cascade-Siskiyou National Monument. Bill Clinton established it in 2000, and Obama expanded it this year to encompass a total area over 170,000 acres.

The Antiquities Act of 1906 gives presidents the power to establish historic landmarks or structures on federal lands as national monuments. But Trump claims previous administrations abused it.

Previous presidents have reduced the size of national monuments more than a dozen times. The largest reduction was in 1915, when Woodrow Wilson cut more than 300,000 acres from the Mount Olympus National Monument.

Zinke told The Associated Press he did not recommend eliminating any of the national monuments he reviewed.