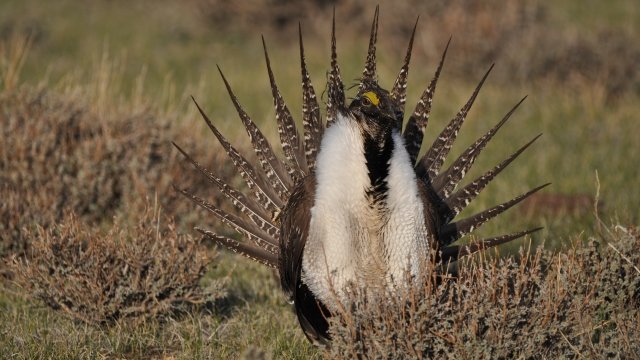 By Katherine Biek
August 8, 2017
The Obama administration set up a conservation plan for the sage grouse in 2015. Now, Interior Secretary Ryan Zinke is relaxing those protections.
SHOW TRANSCRIPT

The Department of the Interior is changing how it protects a species of bird, and those changes are ruffling a whole lot of feathers.

The sage grouse is a small, ground-dwelling bird. It's population has declined over the years, and now only as many as 500,000 are in existence.

The Obama administration unveiled a conservation plan in 2015 to protect sage grouse habitats across 11 western states.

At that time, energy companies said the restrictions would have "a severe economic impact on private land use and energy development."

Others said the conservation plan didn't go far enough and criticized the Obama administration for failing to provide the sage grouse protection under the Endangered Species Act. 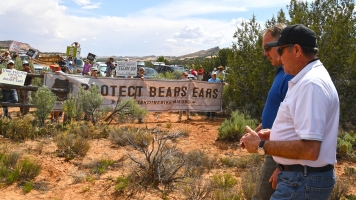 Unsurprisingly, this new plan has drawn criticism, too. A senior director at The Wilderness Society called Zinke's plan "a sideways attempt to abandon habitat protection for unfettered oil and gas development."

The sage grouse isn't the only species the change could affect. The Obama-era conservation effort protected 350 other species of wildlife living on the same lands as the sage grouse.