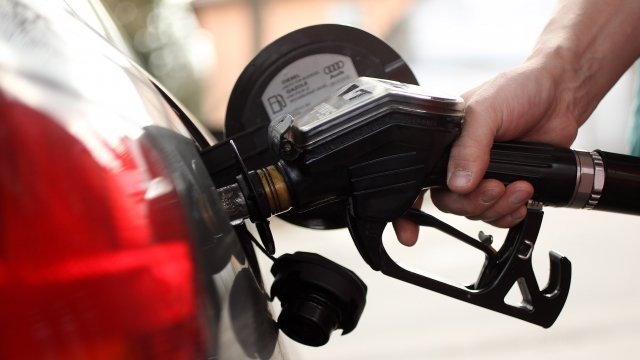 "Under the previous administration it was two bucks, four bucks, six bucks, $100 to fill a car," Interior Secretary Ryan Zinke said at the Conservative Political Action Conference. "American energy has delivered. Now it's $60. And that's $40 you have in your pocket, every American who would fill up to a pump station, that you wouldn't have."

That's not true. First of all, based on the average price of gas, you'd have to have an almost-40-gallon tank for it to cost $100 to fill up. But Zinke's argument is that there's been a 40 percent decrease in gas prices under President Donald Trump. That's also not true.

According to the U.S. Energy Information Administration, the peak gas price under former President Barack Obama was $3.96 a gallon. The low price under Trump is $2.26. That's about a 43 percent decline, but it happened almost entirely under the Obama administration. The week Trump took office, gas cost an average of $2.33 a gallon — just 7 cents higher than Trump's lowest price. And since then, prices have gone up.

So the notion that Trump spurred a 40 percent decrease in gas prices is just flat wrong.