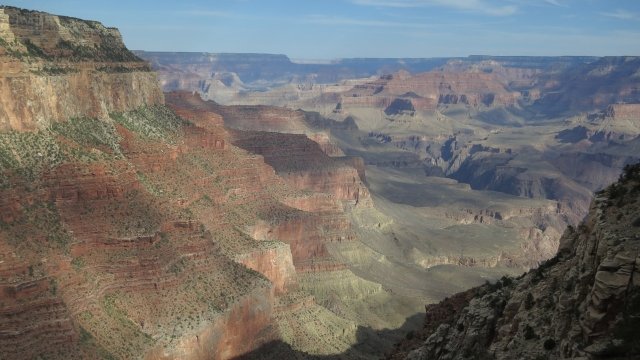 SMS
Zinke Defends Proposal To Raise National Park Fees
By Katherine Biek
By Katherine Biek
March 14, 2018
The interior secretary told lawmakers Tuesday that too many people are currently getting into the national parks for free.
SHOW TRANSCRIPT

Interior Secretary Ryan Zinke told lawmakers too many people are getting into national parks for free, and that's why he plans to hike entrance fees.

"When you give discounted or free passes to elderly, fourth graders, veterans, disabled, and you do it by the carload, there's not a whole lot of people who actually pay at our front door," Zinke said. "So, we're looking at ways to make sure we have more revenue in the front door on our parks themselves."

The issue came up Tuesday while Zinke testified before the Senate Energy and Natural Resources committee.

The National Park Service announced in 2017 it was considering increasing vehicle entrance fees to 17 national parks by as much as 180 percent.

For example, a seven-day pass at the Grand Canyon currently costs $30 per car. Under the proposed fee increase, visitors would pay $70 per private, noncommercial vehicle during the busiest months of the year.

Zinke stressed that the Interior Department hasn't finalized the plan to raise entrance prices, saying it's one of "many options" it's considering to help address the almost $12 billion in backlog maintenance needed at national parks.

The National Park Service previously estimated the new fees would generate an extra $70 million in park revenue each year.