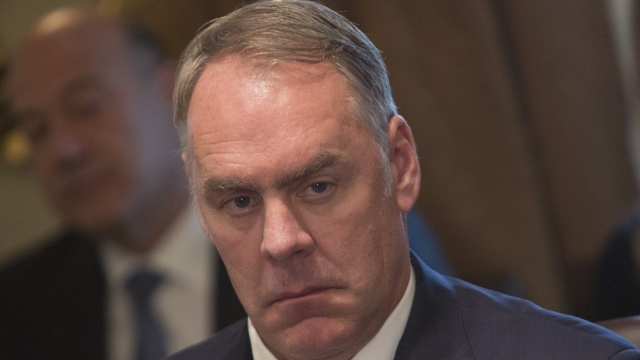 Former Interior Secretary Ryan Zinke has been cleared of allegations that he helped to influence a Pennsylvania special election. That's according to a letter from a government ethics watchdog obtained by CNN.

Last February, Zinke announced a major project that included $55 million in grants for Pennsylvania. This announcement came less than a month before and close to the district where a special Congressional election would take place. The Republican candidate in that election attended the event.

The Democratic candidate ended up winning. But a government oversight committee requested an investigation into whether Zinke violated the Hatch Act, noting that the location of the announcement "seemed puzzling to locals" and that Zinke later discussed the special election on Fox News.

In the letter dated for Monday, the watchdog group concluded that the Interior Department had "official, nonpolitical, reasons" for making the grant announcement. The letter also said the Republican candidate was among other elected officials who attended and did not speak at the event.

While Zinke has been cleared of these allegations, he is still under investigation about whether he tried to influence a Florida Senate race. And a separate probe into Zinke is also ongoing. The Interior Department inspector general referred that investigation to the Justice Department. When that happens, it generally means the agency is asking prosecutors to figure out if the investigation should result in a criminal proceeding. The DOJ hasn't commented on the scope of that investigation.