This Federal Agency Will Soon Allow Dogs At Work 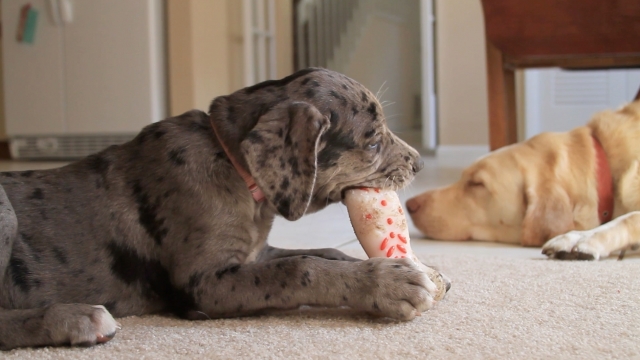 One federal agency will soon be going to the dogs.

According to The Washington Post, which first reported the story, the department will be the first federal agency to allow dogs.

"Doggy Days" will be held on a test-run basis at the agency's headquarters in Washington, D.C. Employees will be able to bring in their pals on four designated Fridays over the next several months.

Employees who don't want to work around dogs will be able to work remotely those days.

It's not all that surprising that Zinke would be the first Cabinet secretary to implement a dog-friendly policy. After all, he is fond of animals — he rode a horse to work on his first day at his new job. And his best friend, Ragnar, has visited him in both his Congressional office and his new one at the Interior Department.

The department ranked in the bottom half of large federal agencies in an employee satisfaction survey last year.

Zinke cited the survey in a Facebook post. He said he wants his "team to be happy to come to work every day and research shows having dogs in the office does exactly that."