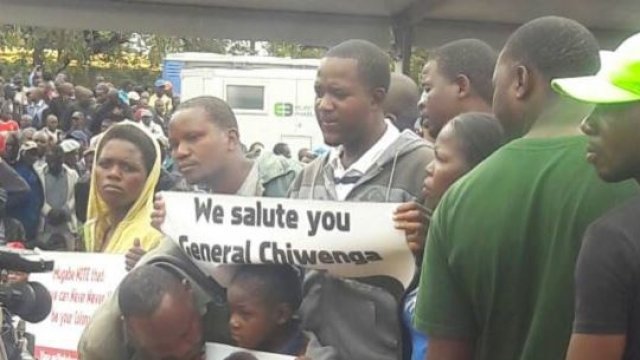 People in Zimbabwe were out in the streets Saturday calling for President Robert Mugabe to step down from his nearly four-decade rule.

Reports say Mugabe is still unwilling to resign, even after military intervention in the capital city Harare placed him under house arrest and his own party voted to ask for his resignation.

Mugabe lost support from the military and the people of Zimbabwe after stripping Vice President Emmerson Mnangagwa of power in an apparent effort to establish first lady Grace Mugabe as the country's next leader. 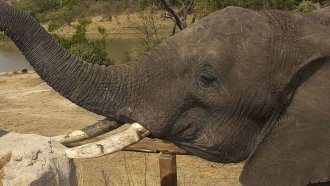 The US Will Allow Imports Of Elephant Trophies From Zimbabwe, Zambia

The embattled president was slated to meet with army Gen. Constantino Chiwenga on Saturday. Chiwenga was expected to ask for an interim president to govern until Zimbabwe's elections next year.

A source told CNN it's likely Mnangagwa will take the helm of the ruling ZANU-PF party when it holds a conference in December and remain president until those elections.