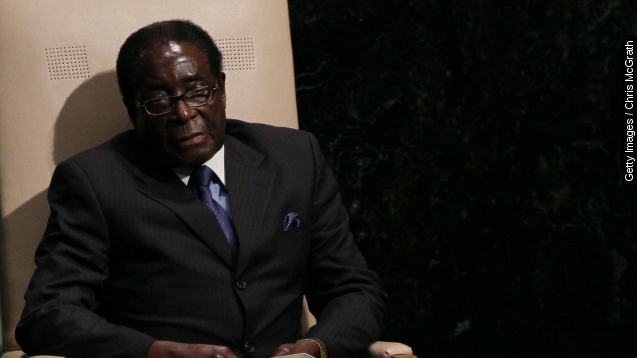 In a speech this week, Zimbabwe President Robert Mugabe lambasted Britain for holding what he says are ancestral Zimbabwean skulls.

The skulls supposedly belonged to leaders of an African uprising against British colonial rule in the 1890s, and are located in London's Natural History Museum.

And Mugabe wasn't pulling any punches during his speech either.

"Surely, keeping decapitated heads as war trophies, in this day and age, in a National History Museum, must rank among the highest forms of racist moral decadence, sadism and human insensitivity."

The British Embassy in Harare released a statement confirming that Zimbabwe had indeed asked for the return of some remains, though whether they belonged to the people Mugabe said they do wasn't clear.

Now, The Herald — a government owned newspaper — reports a team of experts is being assembled in Zimbabwe to get that process started.

News of the skulls first appeared last month, when Zimbabwean papers reported on talks between the British and Zimbabwean governments.

Zimbabwe's The Sunday Mail spoke with the National Museums & Monuments of Zimbabwe's director, who explained returning remains was not a simple process. DNA testing, among other methods of verification, must be run in order to figure out if the skulls belong to the right people.