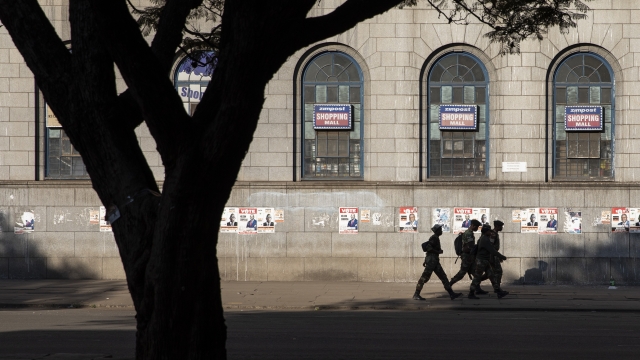 The commission released a report detailing the situation on Tuesday.

But before we get into those details, here's a little background: Earlier this month, Zimbabwe's President Emmerson Mnangagwa more than doubled the price of gas in an attempt to stabilize the country's fuel supply. Protests ensued, turning violent and reportedly leaving at least 12 people dead and hundreds of others arrested and jailed.

The ZHRC report says members of the Zimbabwe National Army and the Zimbabwe Republic Police targeted men who lived near areas where barricades had been put up by protesters or places that protesters had looted or burned.

Security Forces reportedly dragged the men outside — and, in some instances, children as young as 11 — and beat them as they lay on the ground. The report said some members of an opposition party were also targeted.

The commission argued that the beating was unjustified and "freedom from torture is one right that cannot be derogated from under any circumstances."

Mnangagwa denounced the violence in a series of tweets on Monday, saying violence or misconduct by security forces was unacceptable and will be investigated. He said: "If required, heads will roll."

An NPR correspondent says little is likely to come out of the report, as the ZHRC doesn't actually have the power to issue punishment.