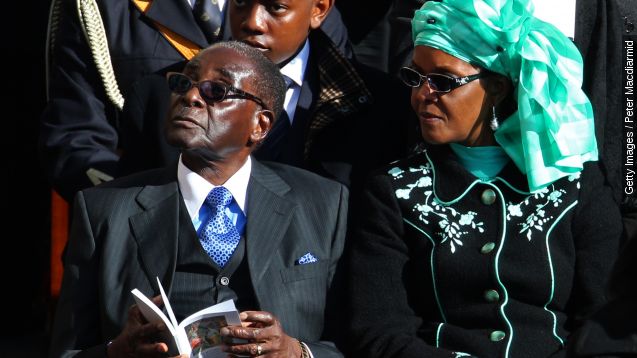 Zimbabwe's first lady offended a lot of people Saturday after saying that women who wear short skirts deserve to be raped.

Grace Mugabe was presenting at a rally when she reportedly said, "If you walk around wearing mini skirts displaying your thighs .... then you want to complain when you have been raped? That is unfortunate because it will be your fault." (Video via Team Zanu PF Live)

Many have speculated that she will be after her 91-year-old husband's job once he dies. The two might stand on different sides of this issue seeing as two months ago The Telegraph reports his government was "'seriously' considering castrating rapists." (Video via CCTV Africa)

Grace Mugabe is currently touring the country ahead of the ruling party's annual conference in December. (Video via Wezhira Community Radio)