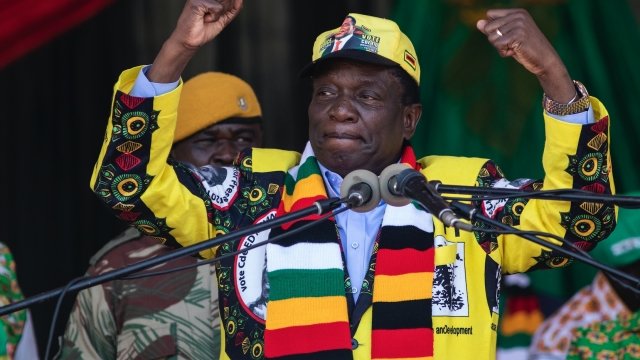 Mnangagwa tweeted that his "door is open and my arms are outstretched" for Chamisa and called for "peace and unity above all."

Chamisa's party tweeted it would respect the court's decision but would "doggedly pursue all constitutionally permissible avenues." It also accused the court of endorsing a "sham" election and said the judges "had no interest in affording" Chamisa a fair trial.