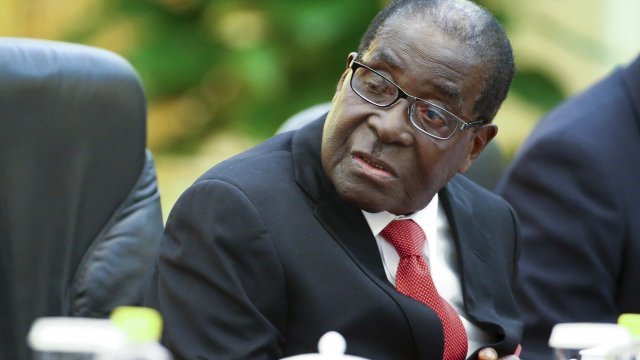 SMS
Mugabe Appears In Public As His Party Calls For Him To Step Down
By Matt Picht
By Matt Picht
November 17, 2017
Zimbabwe's president is now facing pressure from his party to stand aside in the wake of a military intervention in the country.
SHOW TRANSCRIPT

Zimbabwe's embattled president, Robert Mugabe, is now facing calls from his own party to step down.

During a meeting of the Zanu-PF party, eight out of 10 party leaders voted to ask Mugabe to vacate his role as the head of the party. They also expressed support for the military intervention that put pressure on Mugabe to resign.

Mugabe made his first public appearance since the takeover on Friday, officiating a graduation ceremony. He was previously confined to his home by the military.

Zimbabwe's military seized control of the country's capital after Mugabe suddenly deposed his vice president. Military officials insist their purge wasn't targeting Mugabe, but rather criminals around him. 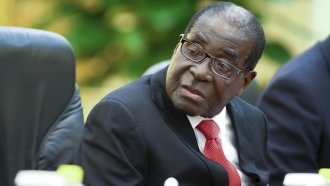 So far, Mugabe has resisted pressure to step down — but losing his party's support could give the country's government an opening to oust him. A Saturday march supporting the military has been endorsed by Zanu-PF.