Scientists Are Getting Closer To Developing An Effective Zika Vaccine 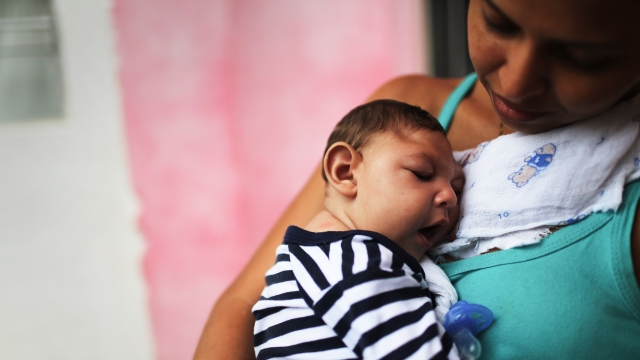 The U.S. is enrolling more than 2,000 people in experimental Zika vaccine tests.

The fight against Zika just took a huge step forward.

The U.S. is enrolling volunteers to test an experimental vaccine. This is one of the first to make it to broader human testing.

The first volunteer got a dose in Houston in late March. The next step is to test 90 adults with different doses to see which one works best.

After that, the researchers aim to test more than 2,000 volunteers from five at-risk countries: Brazil, Mexico, Panama, Costa Rica and Peru.

Traditionally, vaccines imitate an infection to train the body to fight against it. This one is slightly different.

A Florida Official Wants To Deploy Bats To Fight Zika

There are some hitches to the proposal, though.

It's called a DNA vaccine, and it carries genes from the actual virus that resemble Zika to trick the immune system into building up a defense.

Zika's status as a "public health emergency" was lifted last year, but it's still a big problem in the Americas. The virus can cause severe birth defects if a mother gets it when she's pregnant.

Still, the vaccine likely won't be widely available for a while.