Zendaya Fires Back After Host Disses Her Dreadlocks 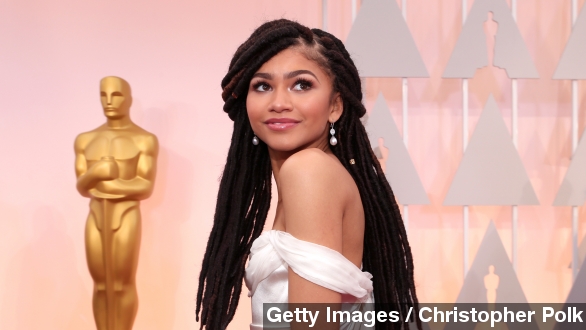 On Oscar night, one of the attendees catching everyone's eye wasn't even a nominee.

It was 18-year-old Disney Channel actress Zendaya. And she wasn't even getting attention for her dress but for how she styled her hair — in dreadlocks.

Definitely not the most tactful thing to say. And Zendaya wasted no time firing back.

On Instagram, she called Rancic's statement "outrageously offensive," writing: "There is already harsh criticism of African American hair in society without the help of ignorant people who choose to judge others based on the curl of their hair. My wearing my hair in locs on an Oscar red carpet was to showcase them in a positive light, to remind people of color that our hair is good enough."

African-Americans showcasing their natural hair has been quite a topic these past few months, especially after Viola Davis' character removed her wig on screen during "How To Get Away With Murder."

Something Davis later said wasn't written in the script.

"I said, 'Listen, she can't go to bed with her wig on.' ... A whole portion of women out there are marginalized. I want to be a real woman," Davis told Ellen DeGeneres back in November 2014.

And we should point out that not everyone disliked Zendaya's Oscar look. Vogue, in fact, named her the "Breakout Style Star" of the evening.