Zendaya Is Making Headlines Again For Calling Out Racism 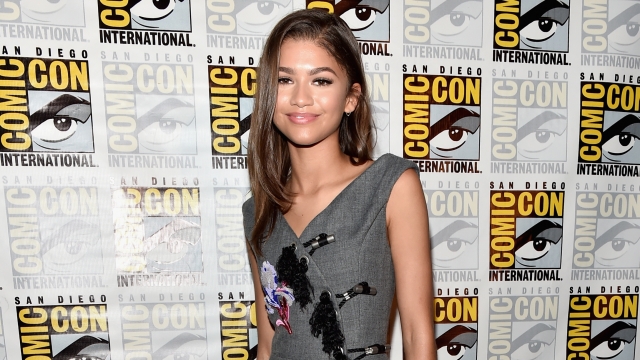 SMS
Zendaya Is Making Headlines Again For Calling Out Racism
By Katherine Biek
By Katherine Biek
September 7, 2016
The actress said a Vons supermarket employee refused to help her with a gift card purchase.
SHOW TRANSCRIPT

"But the lady that was helping us — I don't think she was a huge fan of our skin tone," Zendaya said on Snapchat.

"Not at all. She was rude," her friend said.

Actress Zendaya is alleging a Vons supermarket employee refused to help her and a friend with a gift card purchase on Tuesday because of the color of their skin.

The Disney Channel star detailed the encounter on Snapchat after leaving the supermarket.

"She threw your wallet," her friend said.

"She was like, 'You can't afford this,' was how she looked at me," Zendaya said.

Now, Vons hasn't responded to any requests for comment, but if the allegation is true, it would be one of several race-based controversies Zendaya has been involved in.

The most notable was back in 2015 when "Fashion Police" anchor Giuliana Rancic commented on Zendaya styling her hair in dreadlocks for the Oscars, saying the then-18-year-old looked like she smelled like weed.

On a positive note, The Wrap recently revealed that Zendaya's role in the upcoming "Spider-Man: Homecoming" flick might actually be that of Mary Jane Watson, not "Michelle," as initially reported.

It would be the first time Peter Parker's love interest was portrayed by a black actress.

Although she got Spider-Man creator Stan Lee's approval, other people were not thrilled about the rumored casting decision.

"Long story short, there's so much progress to be done in our world," Zendaya said on Snapchat.